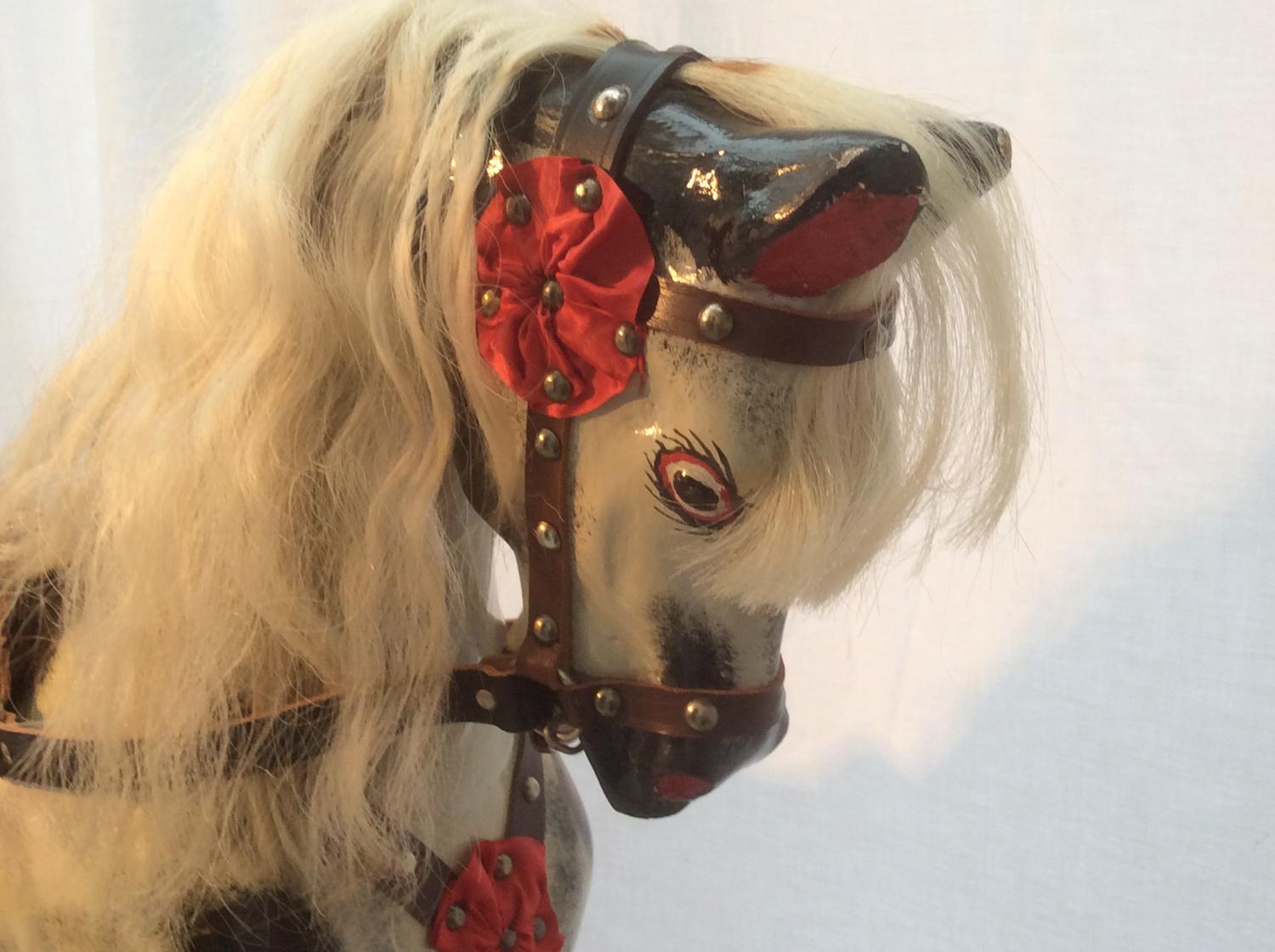 Dapple grey Vintage Collinson rocking horse in original condition  with velvet saddle on pine trestle.  Collinson  is probably the longest established English rocking horse manufacturer first producing horses in 1836 and continued as a family business until 1993.   This horse is circa mid 20th Century.   Queen Victoria chose a Collinson horse in dapple grey and thereafter in her honour all the horses produced by Collinson were dapple grey. The height given is from the floor to top of the ears and the width is the span of the hooves, not the width of the trestle. 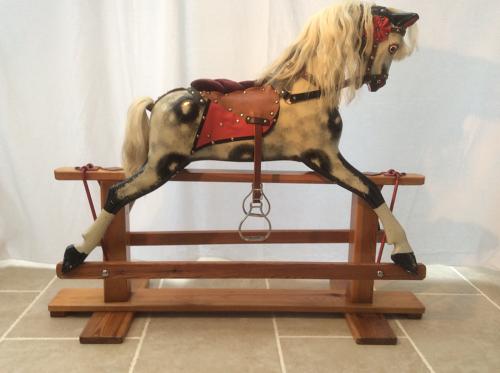 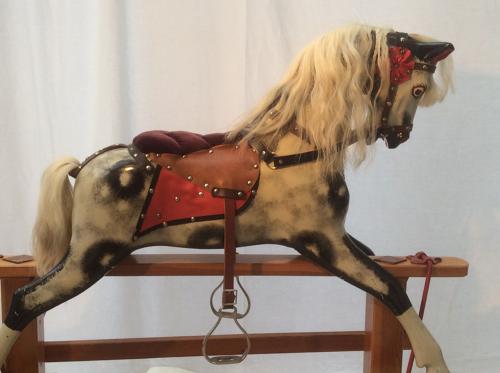 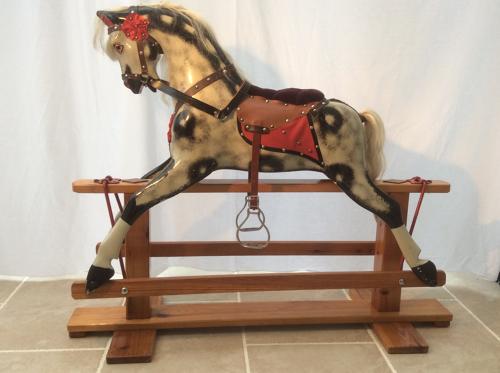 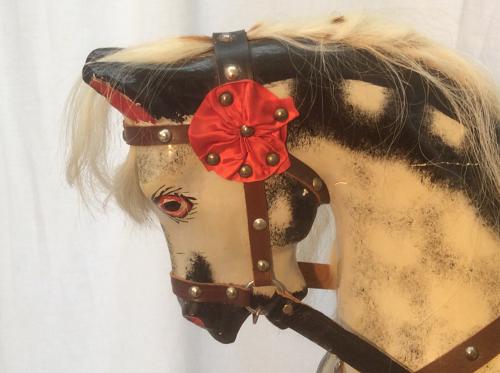 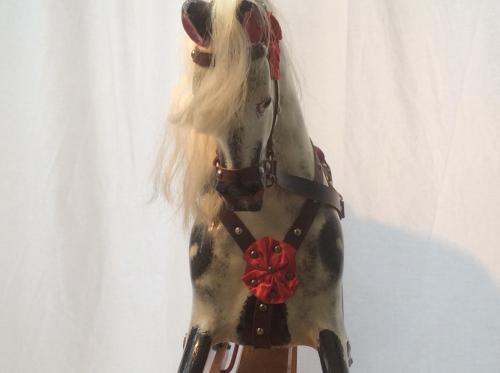 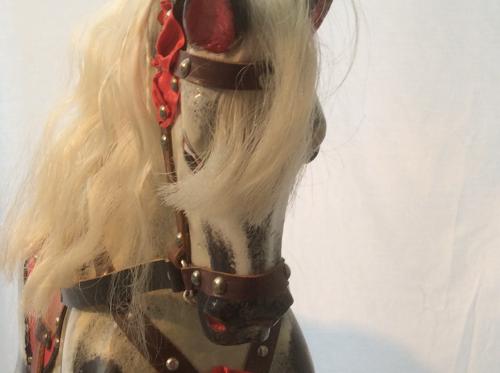 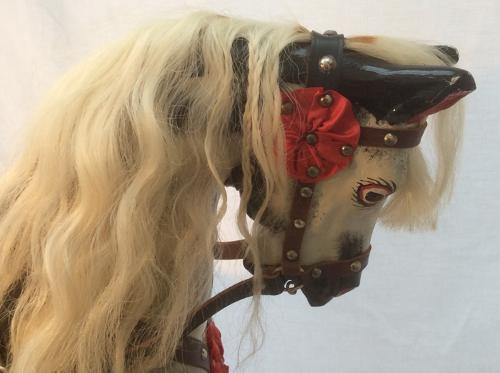 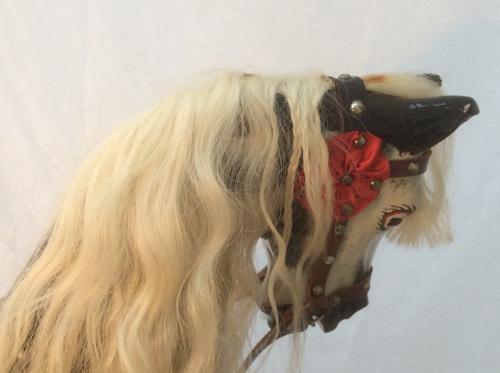 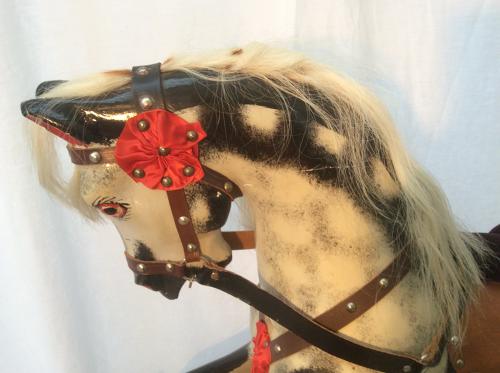 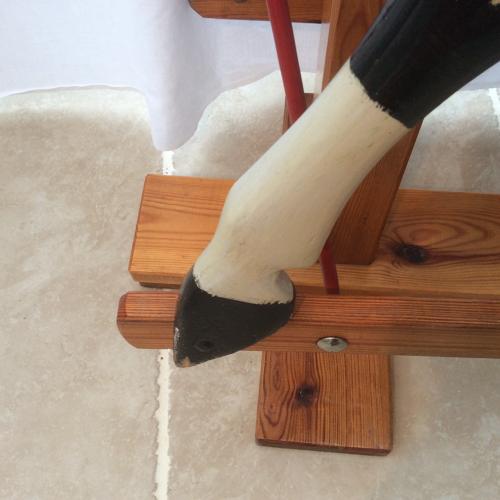 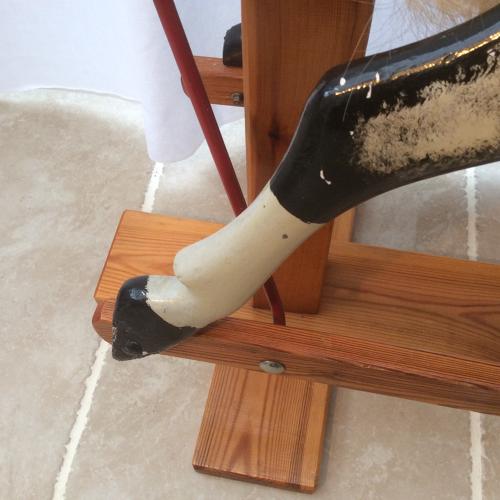 Please fill in the information below